Located in western Canada, the province of Alberta is bordered by the Canadian Rocky Mountains to the west and vast prairies and badlands to the east. To the north lie the Northwest Territories.

Alberta has a population of more than four million, concentrated in the major urban centres of Calgary and Edmonton. It is the fourth largest province in Canada.

Alberta is home to 75 provincial parks and five national parks, three of them are UNESCO World Heritage Sites. The province is considered one of the most beautiful parts of North America with beautiful famous parks, Banff and Jasper. 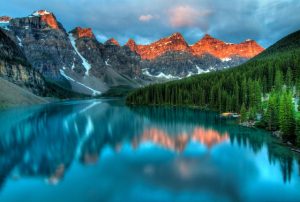 The Alberta Immigrant Nominee Program is an economic immigration program that nominates people for permanent residence in Alberta. Nominees must have skills and abilities to fill job shortages in Alberta, and be able to provide for their families. The program is operated by the Alberta government in collaboration with the federal government.

The following streams are included:

The Alberta Opportunity Stream (AOS) is a pathway to Canadian permanent residence for foreign nationals working in and eligible occupation in Alberta and international graduates who have completed their studies at an approved Alberta post-secondary institution.

This stream allows individuals with verifiable farming experience and sufficient funds to purchase and develop a farm in Alberta to apply for permanent residence. Successful applicants are farm owners/operators who plan to live in Alberta in order to purchase and manage their farming business.