The CRS score of the lowest-ranked candidate was 357 this round, 107 points lower than the previous draw on October 2. The drastic drop in the CRS score was due to the fact that this was a program-specific draw only inviting Federal Skilled Trades Programcandidates, while the previous round on October 2 applied to three programs. The tie-breaking rule invited the lowest-ranking candidates who submitted profiles before March 4, 2019.

Express Entry draws are a way for skilled foreign nationals to fast-track their citizenship application. Candidates profiles are given a score based on credentials such as work experience, language skills, and education, in addition to factors such as having family in Canada. Top-scoring candidates then receive invitations via the Express Entry draw, held approximately every two weeks. As of October 11, there were 125,881 candidates in the Express Entry pool.

Re-opening of Parents and Grandparents Sponsorship for Canada delayed

Another Express Entry draw was held on October 16, issuing 500 new invitations to apply...

Last week, draws were held for the Provincial Nominee Program in the following... 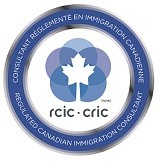 Why Hire a Regulated Citizenship and Immigration Adviser 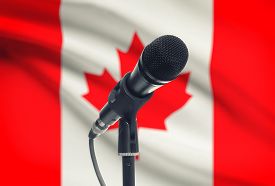 Toronto, 14 November, 2015 It appears that the new Prime Minister of Canada Honourable Justin Trudeau means business and is firm in his commitment to bring...

More honour for the ICCRC Licensed Immigration Consultants by the CIC

Citizenship and Immigration Canada (CIC) will now recognize Members of the ICCRC as authorize representative for Citizenship applications as well. It...

May 23, 2014: Canadian Citizenship applicants will be required to stay in Canada for four years out of six preceding their application in order to meet the...

Canada has issued more than 50,000 to Parents and Grandparents of Canadians since December 2011. As part of its Action Plan for...