Based in Toronto, Canada, Mr. Amir Ismail is a Licensed, Recognized and Authorized Citizenship and Immigration Practitioner who has been associated with immigration Industry since 1991. Learn why he is considered one of the best immigration consultants.

Amir Ismail, an immigrant to Canada himself, started his Canadian Immigration career at a very young age in 1991 at his family immigration consulting firm. Immigration Consulting is the only profession he has followed in his professional career. For him, assisting clients in what might be one of the biggest and most important decision in their lives, i.e, immigrating to a new country, is his day and night routine. He has so far dedicated 27 years of his life to this profession and takes pride to being one of the only few privileged immigration advisers who have been authorized by the Government of Canada.

In addition, Mr. Ismail is also a Member in good standing with the Investment Migration Council (IMC).IMC is the worldwide association for investor immigration and citizenship-by-investment, bringing together the leading stakeholders in the field and giving the industry a voice. The IMC sets the standards on a global level and interacts with other professional associations, governments and international organisations in relation to investment migration. The IMC helps to improve public understanding of the issues faced by clients and governments in this area and promotes education and high professional standards among its members.

Immigration and Citizenship consulting and the hard work, promptness and attention to detail associated with it brings absolute joy to Mr. Ismail. According to him, seeing people succeed in achieving their immigration goals and finally settling down in their new country after experiencing the “teething effect”, something that he himself experienced when he came to Canada several years ago, brings great contentment and a feeling of fulfillment. Of course, his job has also accorded him the opportunity to travel several countries and experience various cultures and deal as well as make friends with people from diversified backgrounds. Perhaps the most notable trait in his personality is his willingness to deal with each client personally to satisfy and answer their questions that helps them in making perhaps the most important decision of their lives, immigrating to a new country.

Mr. Ismail is a top-notch professional with great depth of knowledge over vast areas of immigration matters. His advice is direct and highly effective. I strongly recommend him. 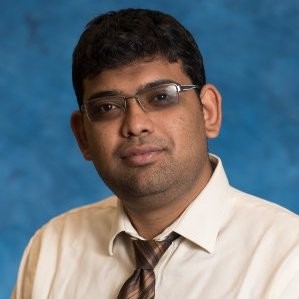